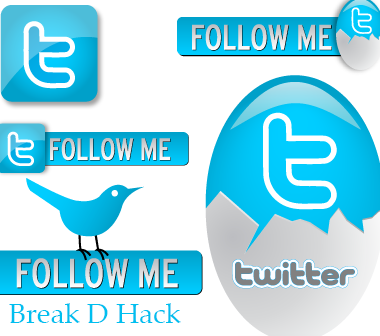 Twitter the worlds second largest social network has some issues in its user count, Twitter has said it has around 241 million active users, active users are those accounts which are logged in at least once a month, but this numbers are easily bet by the rival Facebook it has almost 1 billion users. Twitter has attracted advertisers towards it with the amount of users it has but there is catch to it now that Twitter is worried about now.
Also Read This :  Twitter To Look Like Facebook

Twopcharts a company that monitor Twitter usage reported that 44% of the users of Twitters have never ever tweeted, this goes even more crazy when you come to know that 30% of the user of Twitter have just tweeted from 1 to 10 tweets all time. They have also reported that only half the active users of Twitter take part in any social interactions and others just spectate it. Twitter has been a place where social issues takes a big blast but the numbers have started to upset many people.


It was found that 81% of the user of Twitters have just 50 followers, Twitters have made changes to its UI so that many people  feel comfortable with it, what so ever the numbers say, but twitter knows how to stay strong and it has made the world turn against many issues which affected many people, I don't believe what the numbers say i Tweet every day.
Posted by Divakar
Labels: Twitter
Email ThisBlogThis!Share to TwitterShare to FacebookShare to Pinterest
at 2:16 pm