Mac OS X May Get An Update Soon 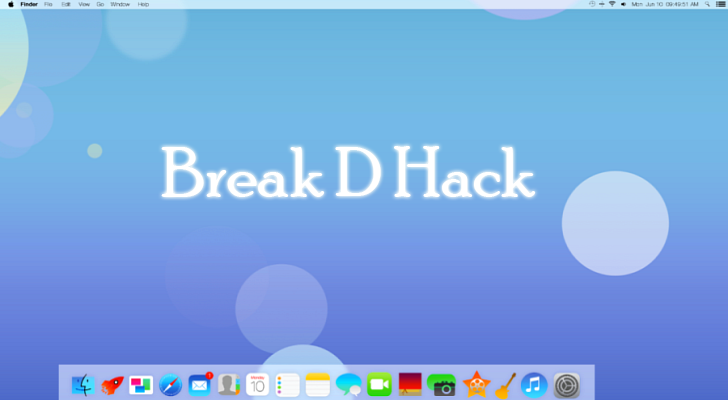 Apple the master of innovation is scheduled its Word Wide Developer Conference (WWDC) in the month of June and we can see that the rumor mills have already have started to spin up some interesting thing about the iPhone 6 and iOS 8, but this is some thing new that we are gonna see today, 9to5mac has reported that there would be a redesigned version of the Mac OS X coming up in WWDC and it is code named internally as Syrah, a famous wine. How far is this true we don't know but the only think we know is that there would be a UI refresh in the Operating System which may have some flavor of iOS 7.

Some of the UI designers of iOS 7 have been pulled off and have been assigned to OS X team, does this say some thing, of course ya we will be having a UI redesigned OS X. Apple has always had kept their mobile operating system iOS and the desktop operating system OS X different and i hope they will not try to do a that blunder that Microsoft did by integrating its mobile OS into desktop, but they why is the designers of iOS been assigned to OS X, well two OS used in different platforms can have some similar features cant they.
Also read this : Apple Is An Empire Without An Emperor
Apple has always had a great UI and UX in all their products, i know they will work hard to get it in the upcoming products as well. Now i will have to say that a new OS X releasing so soon is not so much believable but then there is rumors that the iOS 8 release may be pushed to as far as September. With the information so far we can say there is a new version of OS X coming and it will have a flavor of iOS 7 and will have lots of white space and sharp edges. hope the design come out good.
Posted by Divakar
Labels: Apple, News
Email ThisBlogThis!Share to TwitterShare to FacebookShare to Pinterest
at 5:32 pm