Everybody Ought To Know About @messenger Handle Issue 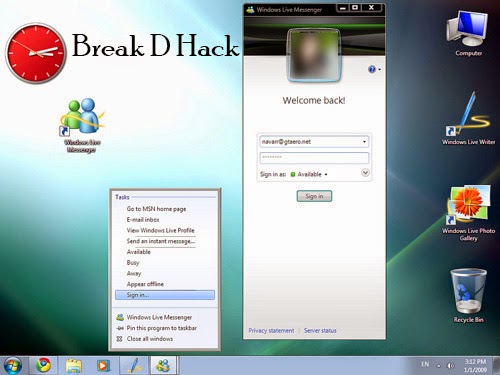 Microsoft's MSN Messenger which gave a tough competition for both Yahoo messenger and Gtalk is finally going down after a 15 year long regin. This may be heart breaking for all you guys who still use the MSN Messenger, There was a period when every person was in either of the three services and there was a war between them like Twitter and Facebook have now. Microsoft announced that it will be bring down the MSN Messenger service on October 31st this year and told that the users who use MSN Messenger now will have to use Skype.
The Mobile messengers like Whatsapp, Snapchat and WeChat have brought down people from using the desktop messengers like MSN Messenger, i dont say its a bad thing technology develops and these kinds of things are inevitable. We hear that Microsoft is itself working on its own cloud messanging App, so MSN Messenger may live in that. MSN Messenger had a Twitter handle as @messenger, since the service is going down the Twitter account was to be deleted. We dont know how this happened or what was given in exchange or was it a gift but all we know is that the @messenger handle will be transitioned to Facebook.
Also Read This : Did Ad Revenue Make Facebook Redesign
We all know that Facebook has released new messaging App few months ago other than its main Facbook App in all the mobile platform and in addition it is coming up with a secret messaging App. This App is called Messenger and so the handle @messenger would be appropriate for them, this may be a gift from Miccrosoft to Facebook :P . Microsoft is setting up clod services in India so we might see their messaging App sooner than we think. Hope you liked this post, please share the post and comment your thoughts and bookmark us for more
Posted by Divakar
Labels: Facebook, Microsoft, News, Twitter
Email ThisBlogThis!Share to TwitterShare to FacebookShare to Pinterest
at 1:09 am