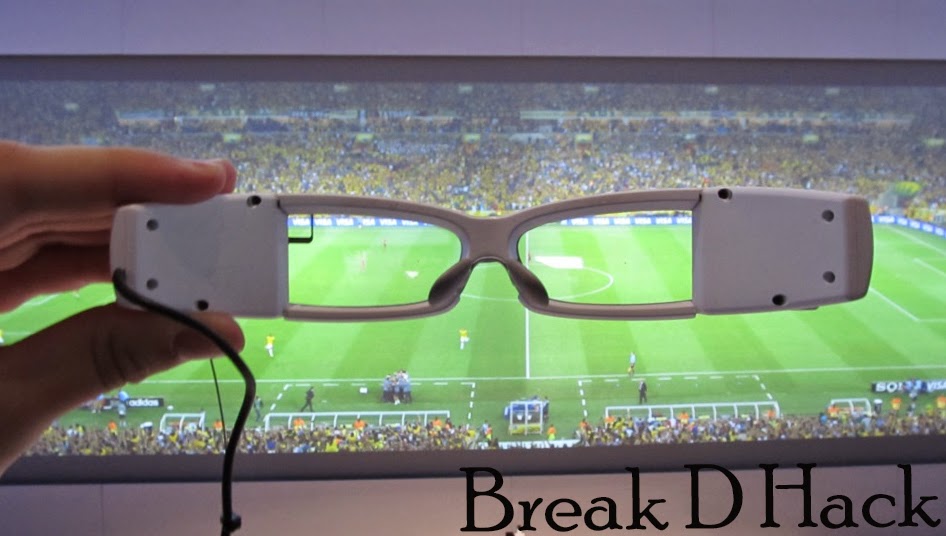 The Japaneses company showed us its own Google Glass version in CES 2014 and it looks pretty good, but we did not get a clear answer about when it would be shipping out to the public. Sony SmartEyeGlass coming out so soon when compared to the rival Google Glass which started long before the Sony SmartEyeGlass is amazing. The wearable market is booming with the new watches,  Apple announcing its new Apple Watch and we hear even Microsoft is coming out with a Watch which can be used cross platform, but enough of Smart watches lets talk about different wearable's.

Sony SmartEyeGlass is said to be out in the store around March of 2015, they are also said to house a 3 megapixel camera, an accelerometer, gyroscope and an ambient light sensor, this seems like a lot for a device this small. They also have a green monochrome display to show stuffs to the users and they also have a wire running out of the eye wear to an external battery, this is a little different from the Google Glass technology.
Also Read This : Lumia To lose Nokia Branding
We could not confirm any thing about the pricing on the Sony SmartEyeGlass but you can count on us to deliver the details as soon as we get the information. We are told that the Sony SmartEyeGlass will be working with a lot of Android devices. What do you think about the Sony SmartEyeGlass do you think it is really a rival for the Google Glass, are you going to buy one, please feel free to share your thoughts in the comments and share this with your friends.
Also Read This : Oppo To Release Its New Oppo N3 Soon
Posted by Divakar
Labels: Android, Gadgets
Email ThisBlogThis!Share to TwitterShare to FacebookShare to Pinterest
at 6:43 pm