Gionee Elife S5.1 Marks The Slimmest Smartphone In The World 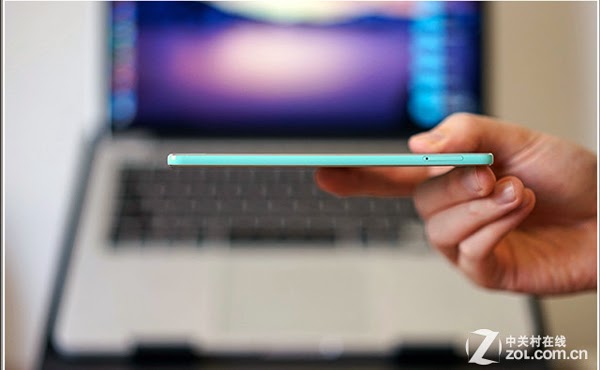 Chinese manufactures have show a lot of potential in the Smartphone industry lately, phones like the OPPO Find 5, Find 7 and the Xiaomi Mi3 blew up the myth that all Chinese mobiles are not built well and are not worth buying. Almost all major Chinese manufactures are trying to get in to the Indian market and get their own place, and like wise we are seeing a new fish in town they are a company called Gionee, they are not a new name in the mobile industry, they were Original Device Manufacturers of many Indian Mobile companies, but now they are doing their own devices like the Gionee Elife E5, E7 and lost more.
The New Gionee Elife S5.1 has made history now, the Guinness Book Of Records has inducted the Gionee Elife S5.1 as the slimmest smartphone in the world. The Phone is 5.5mm thick and has a glass and metal body, it is powered by a 1.2 GHz quad core Qualcomm Snapdragon 400 processor with 1 GB of RAM and it rocks a 4.8 inch Super AMOLED display which supports a resolution of 1280*720, if you did the math you will know that there are 320 pixels per inch. The Phone also has a 8 megapixel rear facing camera and a 5 megapixel front facing camera, The phone is well equiped with the capability of handling 4G LTE.
Also Read This : Oppo To Release Its New Oppo N3 Soon.
The Phone is running a Android 4.3 variant called Amigo 2.0 UI, Gionee Elife S5.1 is said to release in India around November and will be coming out 4 color variants like Black, White, Pink and Mint Green. It is Priced around $325 in china and we think it will around RS. 27,000 in India when it releases. After the World Record by this phone has made people interested about this device, so what do you think will you get a Gionee Elife S5.1, please share your thoughts in the comments below ans share us on social media.
Also Read This : $100 Nexus Phone Coming Soon.
Posted by Divakar
Labels: Android, Mobile
Email ThisBlogThis!Share to TwitterShare to FacebookShare to Pinterest
at 12:51 am